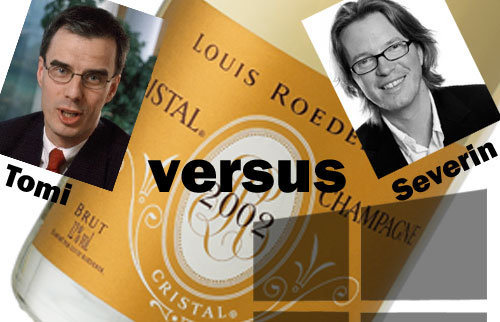 On February 26th 2013, Tomi Ahonen, one of the most well-known mobile sector analysts, and Severin Tatarczyk, editor of this blog and Windows Phone enthusiast, have made the following bet:

Will Windows Phone be established among the four strongest mobile ecosystems no later than February 26th 2015?

Tomi says „No“, Severin „Yes“ – and even thinks that WP will be among the three strongest mobile Eco Systems.

The wager is a bottle of Roederer Cristal, referee will be Davide Magini, web analytics director at estrogeni.